Where I was actively involved and was also involved in writing the anthology book "Youth Reinventing Cooperative" published by ICA and British Columbia Institute Cooperative Studies (BCICS), from the University of Victoria, Canada edited by the late Prof Ian Macpherson, a respected world history expert on cooperatives. 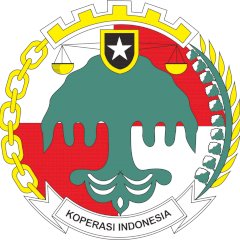 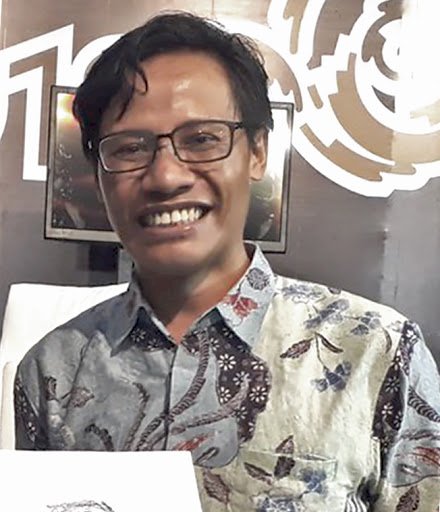 Hello everyone, may I introduce myself, my name is Suroto, I am the CEO of the National Cooperative Of People-Based Enterprises, or Induk Koperasi Usaha Rakyat, abbreviated as INKUR Federation, from Indonesia, a member of ICA. This cooperative is engaged in the real sector of people's business.

I am happy to be in this Zoom Meeting, where cooperative youths gather across Asia Pacific. I remember my past, in 2000, I remember how at that time I was still active as a student and actively led cooperatives on my campus.

At that time, ICA (International Cooperative Alliance) Youth was just formed and got its first representation on the ICA Board represented by Joanna Bibby Sculion from England in 2003.

Where I was actively involved and was also involved in writing the anthology book "Youth Reinventing Cooperative" published by ICA and British Columbia Institute Cooperative Studies (BCICS), from the University of Victoria, Canada edited by the late Prof Ian Macpherson, a respected world history expert on cooperatives.

I was inspired a lot by the stories of my colleagues' cooperatives. Basically, I consider cooperatives as an important means to create true democracy and how to place humans as equals and have a higher value than capital.

Material capital is only a tool for human beings to achieve their welfare in life, not the basis for determining people's fate as in the reasoning of capitalist corporate organizations and the capitalist system.

This is reflected in the practice of democracy equal to one person, one vote. What we have inherited from the humanitarian voices of the Rochdale Pioneers 175 years ago is primarily a declaration of human equality, not merely a declaration of one kind of company.

Cooperatives, from the very beginning, were declared to be aimed at fighting for the universal values ​​of justice, equality, solidarity, democracy and so on. We, as the early idealists of cooperatives fought for, we inherit a tradition of important ethical values ​​such as honesty, caring, which have become important doctrines of the cooperative movement.

Young colleagues, in my view as well as my inner experience, cooperatives are not only narrow in dimensions as ordinary people understand them as micro-organizations of companies, more than that, cooperatives have a macro-ideological dimension, as a movement for social change and a vehicle for developing individuality trhough education.

In the ideological macro dimension, cooperatives want this world to be fair for all humans and the universe. In the micro-organizational dimension we learn how to social entrepreneurship, professional and vocational practices, and equitable distribution of profits and wealth.

In the cooperative dimension as a movement for social change, it struggles to create values ​​of justice, equality and so on. In the individuality dimension, we also learn to respect each other and democracy and develop self-respect. It was because of this understanding that I found the relevance of the reasons to stay afloat and continue to struggle with cooperatives and think about the development of cooperatives now and in the future.

Cooperatives are important social institutions built by the people from below to create social justice for all of humanity. Through the cooperative way, we become realistic human beings who are not stuck on slogans but are action-oriented.

Cooperative people around the world aspire to overhaul this unfair world order in a simple way. They try to answer the needs of everyday, something immanent but have a broad spiritual dimension that is transcendental.

The world today, where the capitalist system works, has torn the sense of justice. The 99 percent of the population is governed by the ancient rule of the capitalists, which is only 1 percent. We today and since the declaration of cooperatives in the world, it turns out that we are still living in the confines of social evil due to the greed of a handful of capitalists and their agents and compradors who work solely for profit and make capital as a policy maker.

Environmental damage, poverty, ignorance, conjuncture crises continue to haunt our daily lives. Corrupt behavior intertwined between political elites and wealthy elites around the world still seems rough. This means that the cooperative has not worked effectively to reduce it and we must continue to fight tirelessly.

It is important for us to build awareness together, hand in hand. Cooperator, which number 1 billion people worldwide and including young people, must be active in taking advocacy steps, either by adding good statistics on cooperatives or by creating a conducive environment for cooperative democracy to work.

I hope that young people can continue to build the cooperative movement together. Develop cooperatives by providing answers to daily needs. Started in various sectors. Starting with all the limited resources. Start with simple activities.

My experience when observing the facts on the ground, it turns out that only cooperatives are still naturally developed from the ground up to answer real needs that persist and are sustainable. Cooperatives built on the initiative from above and waiting for help from outsiders are difficult to expect its development. Even if one develops as a business entity, often the cooperative principles do not work and are like a private company.

My first experience with a cooperative was when I was in college 20 years ago. I still remember, how we started to build a cooperative on campus, now this cooperative has shown the growth of members and shared wealth and extensive activities including the movement to create a cooperative-based platform business. How this cooperative grows provides real benefits for the community, not only people around the campus but also in villages and also contributes to advocating government regulations and policies.

From that small experience, we developed it in a wider direction by building a national cooperative. Networking with other cooperative movements to build a secondary cooperative organization where I currently work as a professional in it.

I believe all big changes start from small things. I also believe that permanent change does not come suddenly. But if we disseminate the small good deeds one day, they will become a big change.

Cooperatives are a movement for social change, a movement to help oneself through cooperation in solidarity without distinction of ethnicity, religion, race, class, political interest or social status.

This cooperative movement is important for the creation of world peace because cooperatives always enhance the value of cooperation and create a life together that is full of justice.The contribution of cooperatives as carriers of peace missions is important in the midst of our society's system which tends to be increasingly fragmented.

Cooperative contribute an ethical business practice throughout the world. In all sectors, be it finance, basic daily needs, agriculture, and even public services such as hospitals, electricity supply.

Cooperatives are a way of cooperation from simple people, they reduce the doctrine of competition that creates conflict and inequality in the world of the capitalist system. Cooperatives fundamentally oppose the greedy capitalism system by self-disciplined in organizing and mobilizing resources, piercing the heart of capitalism.

This is a glimpse of how personal experience in building cooperatives is as a people's struggle. I believe, one day we will find that human equality will become real. 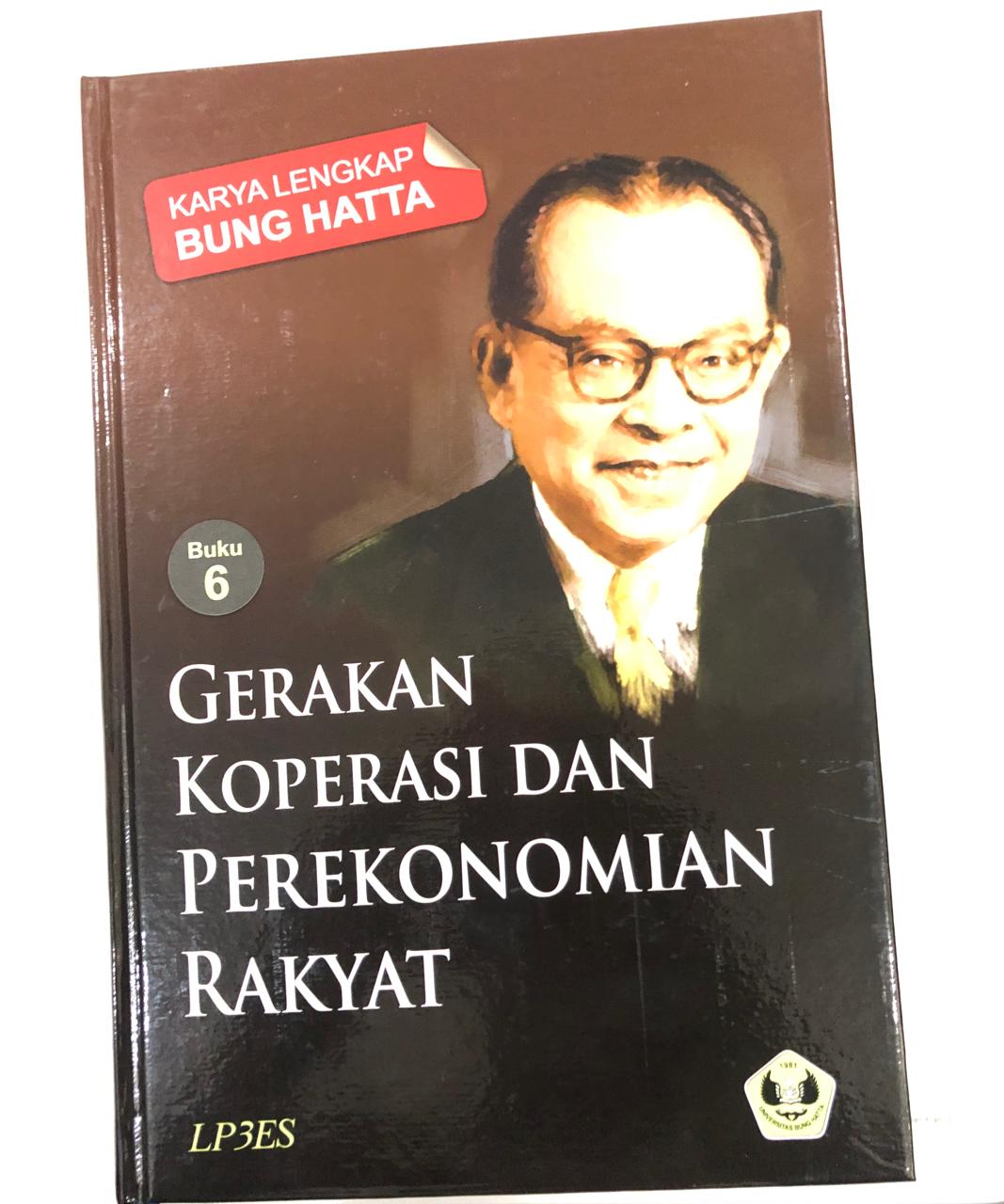